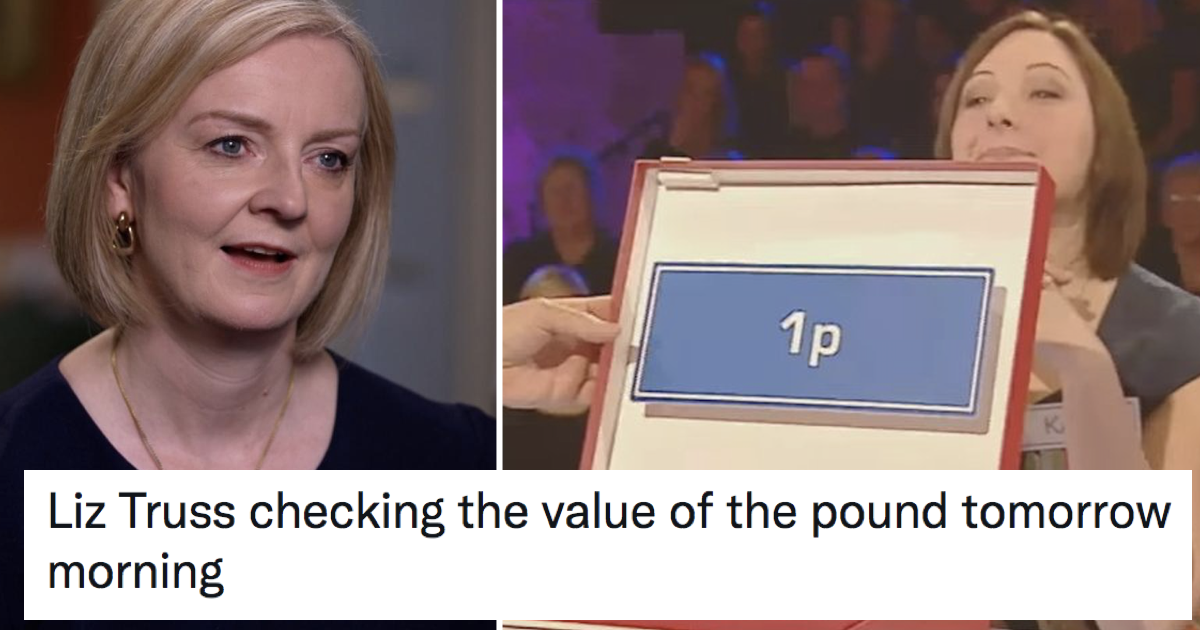 Whatever honeymoon period Liz Truss enjoyed as PM – we’d have to get a microscope out to measure it – the nascent PM appears already locked into a doom spiral with her poll ratings falling almost as quickly as the pound.

She’s had about as much to say as her chancellor did yesterday after Kwasi Kwarteng’s ‘mini’ budget sent the markets spiralling – basically, nothing – so these 17 tweets should help fill the void for a bit.

Liz Truss being booted out of No 10 by her own MPs before Christmas is looking both increasingly probable and increasingly funny.

Liz Truss after crashing the economy 3 weeks into the job pic.twitter.com/79oaOas7sS

Traders are referring to Truss as “Daggers” – as in Dagenham, 2 stops past Barking…🤣🤣

BREAKING: Concerns for Liz Truss after NASA announces it has crashed a space probe into the densest lump of rock in the solar system x

Made this one for you @mrjamesob pic.twitter.com/dUyL2MZiX5

It’s quite impressive how quickly Truss has unravelled. Even her worst detractors didn’t think she could fuck up so much, so quickly. It’s like a Guinness world record attempt for haplessness.