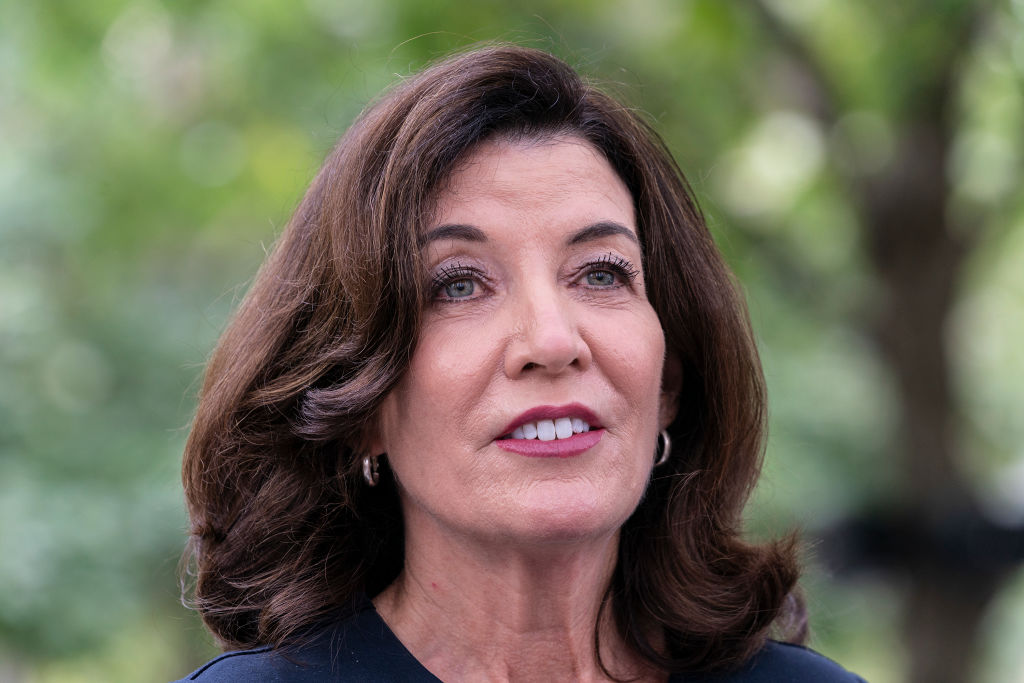 Following a Supreme Court decision in June striking down New York’s concealed carry restrictions as unconstitutional, state Democrats and Hochul moved to crack down further on gun rights, seemingly in direct defiance of the “reckless” decision.

“In response to the Supreme Court’s decision to strike down New York’s century-old concealed carry law, we took swift and thoughtful action to keep New Yorkers safe,” Hochul said in a press release. “I refuse to surrender my right as Governor to protect New Yorkers from gun violence or any other form of harm. In New York State, we will continue leading the way forward and implementing common sense gun safety legislation.”

The CCIA requires New Yorkers applying for gun permits to provide all their social media accounts from the past three years, sparking concern over political bias in the approval process.

Electronic billboards in midtown, announcing that Times Square is a gun-free zone pic.twitter.com/Id9BHjXue6

Gun Owners of America (GOA), a gun rights group suing the state over the legislation, said the CCIA “would essentially make all of NY a gun free zone and infringes upon the rights of its citizens.”

“New York state is blatantly citing racist and discriminatory laws in defense of their new Concealed Carry law,” the group said via Twitter on Wednesday. “GOA sued the state, and we hope to get an injunction TODAY!”

WATCH: New York state is blatantly citing racist and discriminatory laws in defense of their new Concealed Carry law, which would essentially make all of NY a gun free zone and infringes upon the rights of its citizens.

GOA sued the state, and we hope to get an injunction TODAY! pic.twitter.com/H3QaJlcORZ

A federal judge on Wednesday sided with New York, asserting that GOA and Gun Owners Foundation (GOF) did not have standing to represent their members in court, The Hill reported. The groups are expected to appeal to the U.S. Second Circuit Court.

The National Rifle Association (NRA) in July slammed the legislation, too, claiming New York State officials were “defying” the Supreme Court ruling and continuing “to conflate law-abiding license holders with the unlicensed scofflaws behind the surge in violent crime.”