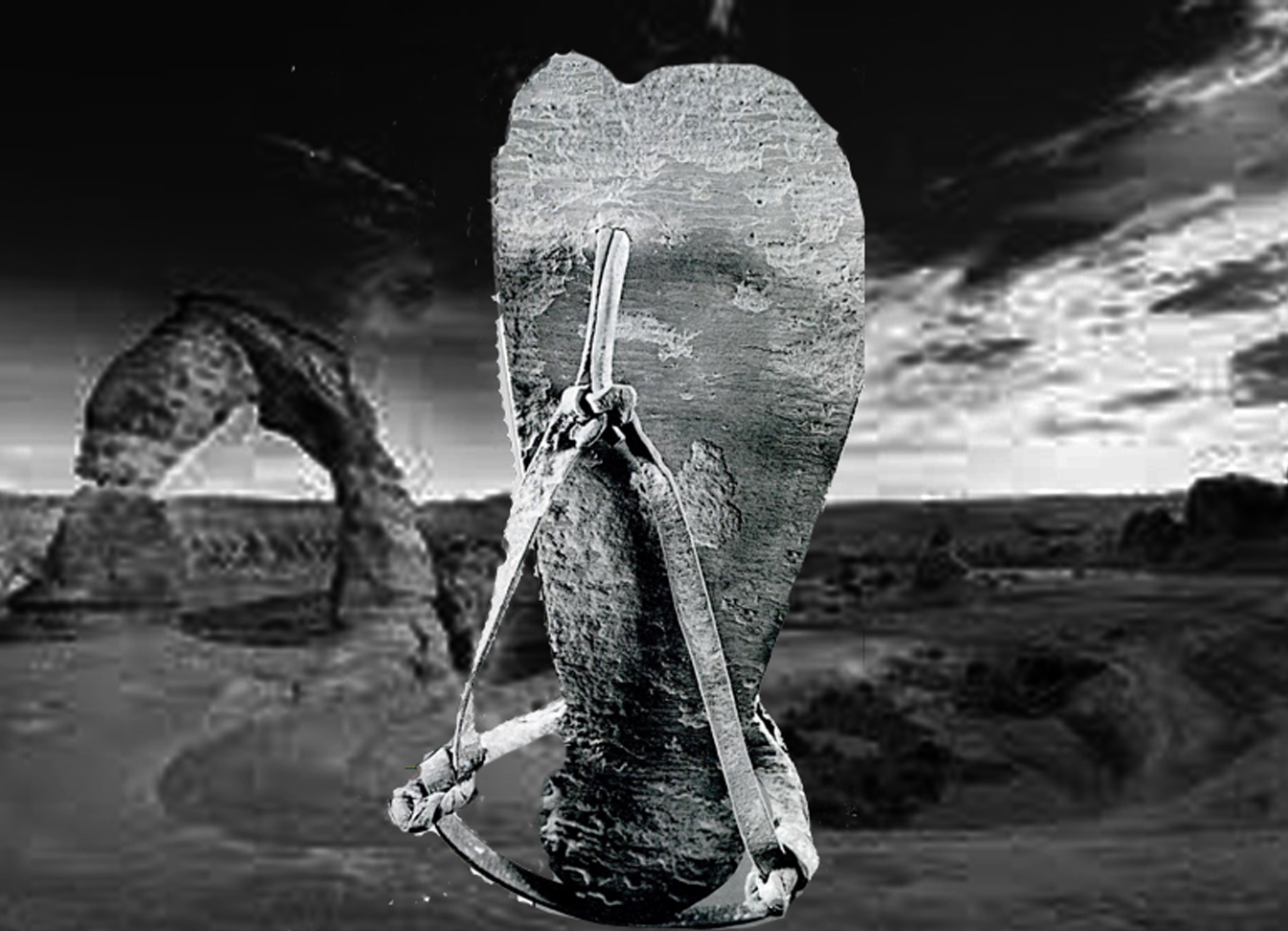 MOAB, UTAH — The lost Sandals of Jesus, missing for over 2,000 years, have been found! An intrepid Vatican treasure hunter stunned every biblical when he found them in Utah!

The breathtaking discovery has been making headlines back in Italy. Thousands of devout Catholics have been making the trip to Moab. They tell Weekly World News that simply by standing near Messiah’s sandals, they have temporarily taken on miraculous powers. Many have reported feeling “godlike” by even looking at the sandals.

Scholars and scientists aren’t quite sure how the sandals found their way to Utah. But, the theory is that Jesus died on the cross and three days later rose from the dead. Between dying and rising, Jesus miraculously traveled to Utah. And he brought his sandals with him. He then returned to rise from the Holy Sepulchre.

“That’s the most ridiculous thing I’ve ever heard,” said James John Wilton of Park City. “How could Jesus travel when he was dead? And how on Earth could he bring his sandals with him? Absurd.”

“We are investigating this phenomenon carefully,” said Father John Malley of St. John’s Church in Chicago. “There is an explanation for all of this and I think we’ll find it in the Bible. We will keep looking.”

In the meantime, the citizens of Utah feel blessed and – chosen. “We always knew Utah was a holy place and it’s no wonder Jesus came here. I just don’t know how. he lost his sandals,” said Jane Blossom of Moab.

“There is no question that these sandals, once worn by Our Lord, have some kind of extraordinary aura,” declares Dr. Roberto Saavici, a Vatican-affiliated archaeologist who traced down the long-missing artifacts.

“When one steps into the shoes or even looks at a photographic reproduction of them, one is immediately swept up by a profound feeling of inner peace and tranquility, unlike anything one has experienced before.

“I myself put on the sandals for only a few minutes, but with each step, I felt increasing clarity of mind all sinful or troubling thoughts vanished. They even made the boil on the bottom of my foot disappear.

“And yes, for hours afterward, everyone I hugged instantly felt their aches, pains, headaches, and arthritis go away.”

Scientists have dated the sandals to the early part of the First Century. Dr. Savici is 100 percent sure that the sandals are genuine.

We compared tread marks on the bottom of the sandals to the only known footprints of Jesus on a rock near Nazareth — it was a perfect match.

According to the Holy Bible, after Christ’s arrest and conviction. The Romans stopped Him of His garments.

“The Bible makes clear that He was barefoot at the time of His crucifixion, but the fate of His sandals has been a mystery until now,” Dr. Savici says.

The experts used to the sandals fell in the hands of a Venetian family who kept them for generations and have “always played a positive role in Italian history.” But now they know that Jesus found his sandals and took them with him when he visited Utah.

Archaeologists agreed to hand over the sandals after Dr. Savici convinced them a Vatican vault would be the safest place for them.

“I’ve been displaying the sandals at a makeshift shrine in my home. But the Pope doesn’t like them being dirtied up by so many strange feet,” he says. “Within two weeks, I’ve been ordered by His Holiness to bring them to the vault. There they will join the Holy Robe and all the other Christ relics.”

Moab will always be remembered as the final resting place of the Sandals of Jesus.

Park BBQ Should Be Fine, Just Give It A Minute — The Betoota Advocate