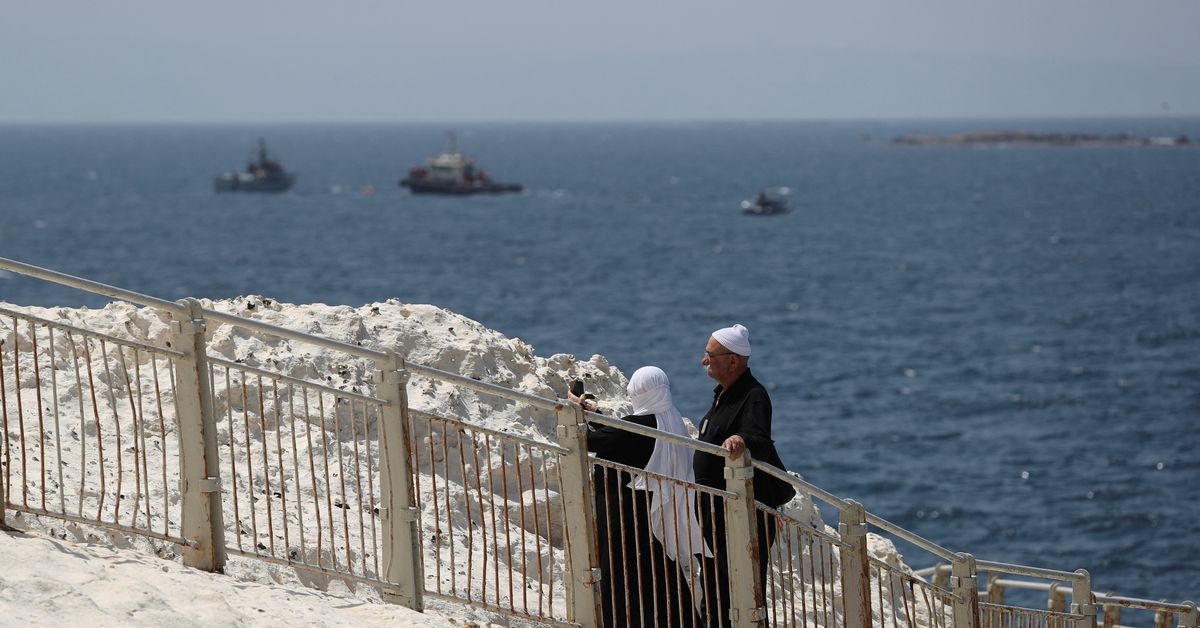 While limited in scope, a deal would mark a significant compromise between states with a history of war, opening the way for offshore energy exploration and easing a source of recent tensions between states.

“This is a historic achievement that will strengthen Israel’s security, inject billions into Israel’s economy, and ensure the stability of our northern border,” Lapid said in a statement.

Lebanese President Michel said earlier that the terms of the final draft received from U.S. envoy Amos Hochstein satisfied Lebanon and he hoped the deal would be announced as soon as possible, the presidency said in a statement seen by Reuters.

“All our demands were met, the changes that we asked for were corrected. We protected Israel’s security interests and are on our way to an historic agreement,” he said in a statement.

Hochstein has been shuttling between the sides which have no diplomatic relations.

The heavily armed, Iran-backed Lebanese group Hezbollah has not commented on details of proposals throughout the indirect negotiations, but has said it would agree to the Lebanese government’s position.

Hezbollah leader Sayyed Hassan Nasrallah, whose group has fought numerous wars with Israel, has also repeatedly warned of an escalation if the deal does not secure Lebanon’s maritime rights. Nasrallah is due to make a address later on Tuesday.

Lebanon felt the latest draft “takes into consideration all of Lebanon’s requirements and we believe that the other side should feel the same”, he said.

While Israel has moved ahead with production and export, Lebanon’s efforts have been hamstrung by political dysfunction.

A gas find would be a major boon for Lebanon, which has been mired in financial crisis since 2019. Eventually, such a discovery could fix Lebanon’s long-standing failure to produce adequate electricity for its population.