Home Health Man Panics as Car Catches on Fire After Electrical Failure, Trapping Him Inside Until Police Arrive 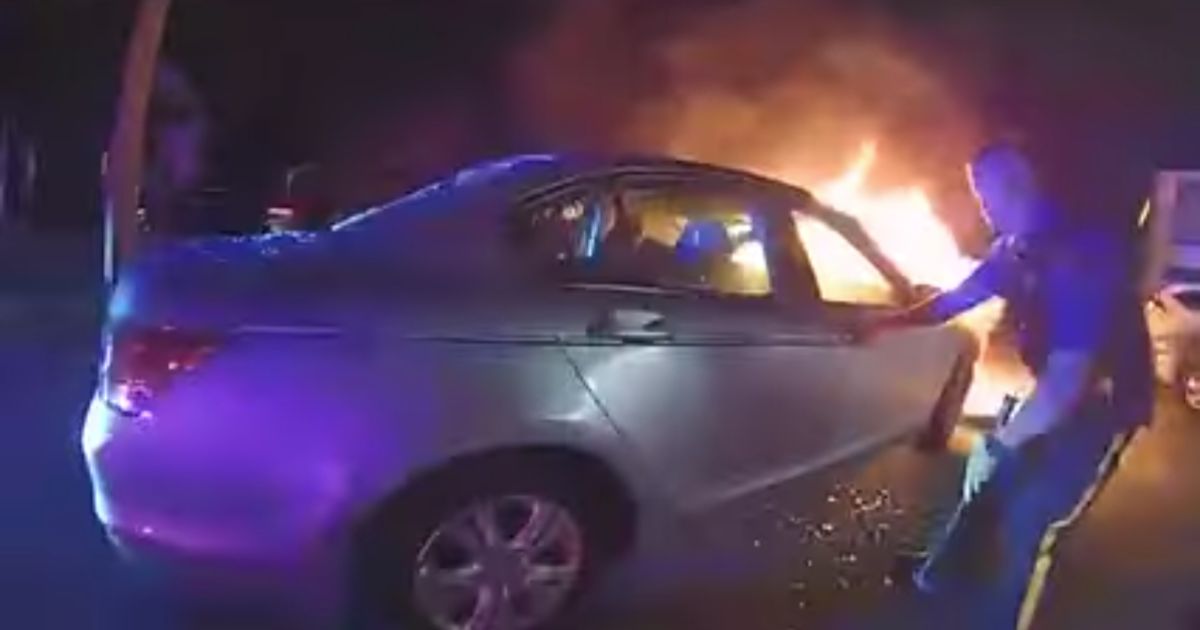 On July 2, shortly after midnight on his way home from work, 54-year-old Chris Vagnone found himself in a very dangerous situation that nearly claimed his life.

Vagnone was in his Honda Accord at around 2:00 a.m. in Ridgefield Park, New Jersey, when his car experienced some sort of electrical malfunction and started to burn.

Due to the nature of the problem, Vagnone was locked in, unable to exit his vehicle as flames danced up from the hood and started to consume the car.

When police arrived, the man was in quite a state, and they tried to calm him down while also trying to find a way to extricate him from the vehicle.

“He was panicked, and I just told him, you know, ‘You have to get out of the car, you have to unlock the car,” Ridgefield Police Sgt. Nicolas Triano told WNBC-TV.

While the sergeant ran to find something to open the door, two other officers worked to get Vagnone out the window.

“It was an unfortunate situation that the electrical system failed,” officer Nicolas D’Alto said. “We couldn’t open any of the doors.”