Home Uncategorized What We Now Know About His Rampage ~ Borderland Beat

A more complete timeline of El Chueco’s killing spree in Cerocahui, Chihuahua, can be pieced together now that one of the men he tried to kill has come out of hiding.

Recently, the Attorney General of Chihuahua gave two important interviews, one with Azucena Uresti, another with Ciro Gómez Leyva, that gave news details and revised some previous statements he made of what we know about the killing spree of José Portillo Gil, alias “El Chueco”, that occurred on June 20, 2022. 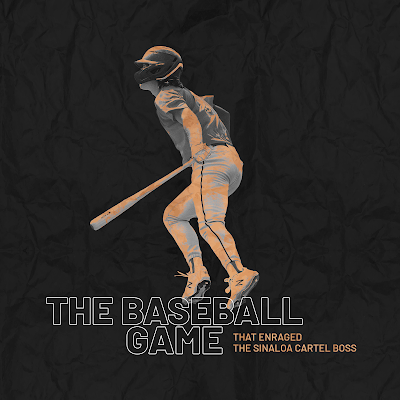 Within the region southwestern Chihuahua, in the rocky Sierra Tarahumara mountains, the municipal baseball league is quite popular among the locals. 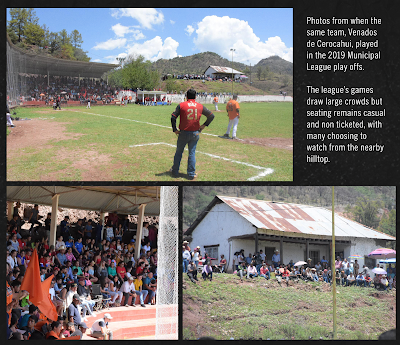 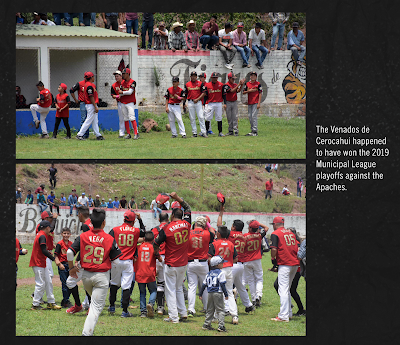 This year, Chueco’s team made it to the semifinals where they played against a team called “Los Venados de Cerocahui”, or the Cerocahui Deers. The semi finals are played in a best-of-seven playoff style, meaning a team must win four games in order to win the series and there are no ties, with play continuing until a team wins. 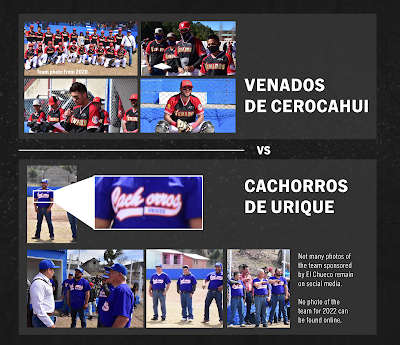 “It was very ugly for us,” said the sports director for Urique, David Acosta, “Unfortunately we were knocked out on the field.”

Then came game three, which was played on Sunday, June 19, 2022. This game, unlike the last, was considered to have been quite close. The Cachorros maintained a 5-3 lead throughout most of it but in the last inning “they left us on the field, they turned us around,” said David Acosta.

After this defeat, El Chueco and the umpire of the game, named Jesús Armando Berrelleza Rábago spoke to one another. Attorney General Roberto Fierro said this conversation was heated and “Armando tells us that he had a verbal altercation with El Chueco.” 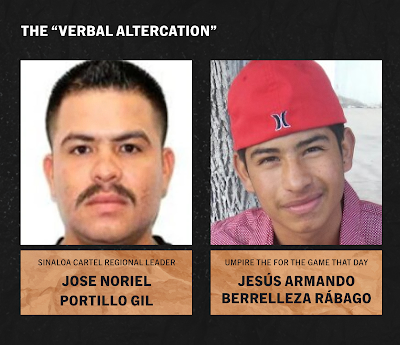 In sports, it’s not unusual for a team owner to have a few choice words for an umpire after their team loses, however what is unusual is “the level of danger that this subject [El Chueco] brings. That is what people often speak of, saying that he is a very violent person when he has a problem with someone.”

“When someone doesn’t like him, or because someone doesn’t greet him the way he wants or tries to speak to someone… because of arbitrary acts, situations of this nature […] either he assaults them, beats them or kills them,” said the Attorney General. 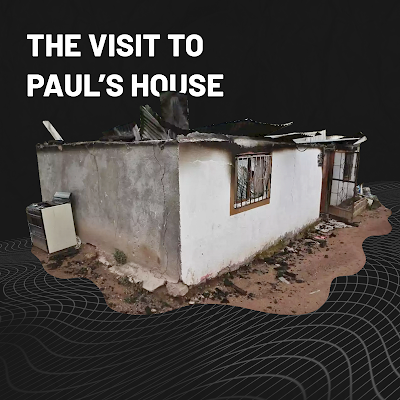 On Monday, June 20, the day after the losses, El Chueco decided that he wanted to pay a visit to the home of umpire Jesús Armando and speak to him again.

Chueco and a group of hitmen traveled to the home of Armando’s 22-year old brother, Paul Osvaldo Berrelleza Rábago, who Armando was possibly living with at the time. 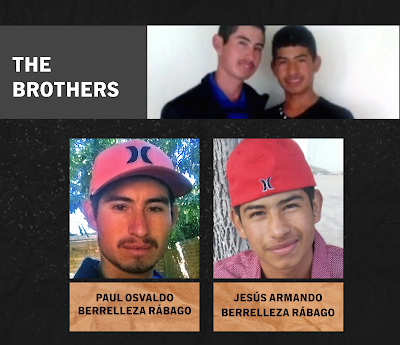 It is worth noting that Paul Osvaldo was completely uninvolved in the baseball league. Paul did not play on any team and did not participate in the games to any degree, according to a Radio Formula interview with the Attorney General.

When Chueco and his men arrived at Paul’s house, they found that Armando was out, doing something in town at the time. Chueco spoke briefly to Paul. 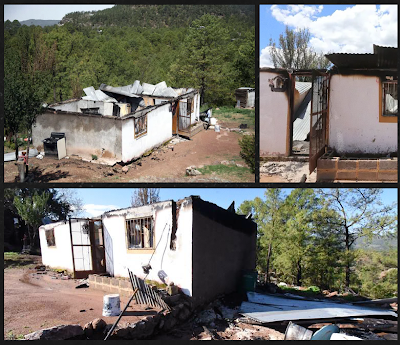 Reforma reports that Chueco wanted “a third game.” But as detailed above, Milenio newspaper reported that the third game had already been played at this point so either this is a reporting error or this quote may actually mean that Chueco wanted a redo of game three of the series; possibly due to what Chueco perceived as a bad call made by the umpire, Jesús Armando.

Paul seemed to agree to Chueco’s request. Whether Paul could actually make this happen is doubtful since he was not involved in the league; however Paul’s response seems to have temporarily satisfied Chueco, who prepared to leave without harming Paul or his young family.

Just as Chueco was leaving, Paul reportedly told him “Nos vemos al rato, ¡pero tranquilos, sin armas!” which roughly translates to “I’ll see you later then, but next time will be more calm, no weapons!”

This comment evidently enraged Chueco and he gunned down Paul, who was left “shot in the face and in the chest.”

Chueco’s men grabbed Paul’s wife and daughter, pulling them into their vehicles, along with Paul’s dead body, then the hitmen set Paul’s house on fire. 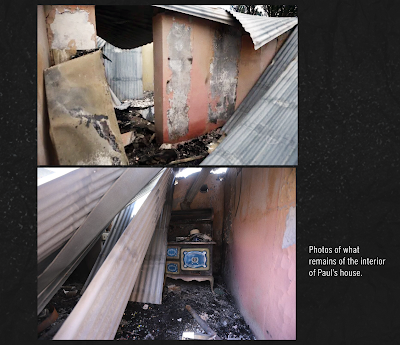 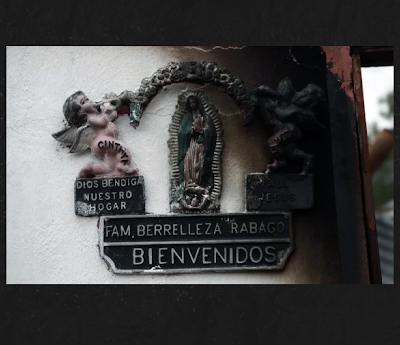 However, when police officers were later called to investigate the house fire, they found blood from the shooting and discovered that all four people from the home were missing, they presumed that Jesús Armando, Paul Osvaldo, Paul’s wife, and Paul’s daughter had been kidnapped by Chueco. 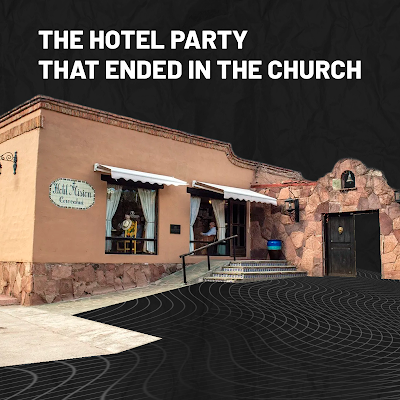 After killing Paul, El Chueco and some of his hitmen went to the Mision Cerocahui hotel. There they had a rowdy party, replete with drinking and drugs. Their partying was waking up other hotel guests who were sleeping in the rooms nearby, including people from a tour group that was being led by a tourist guide named Pedro Palma. 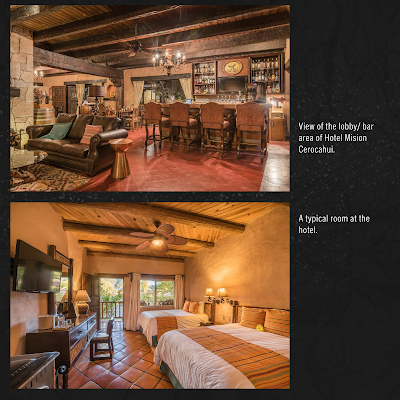 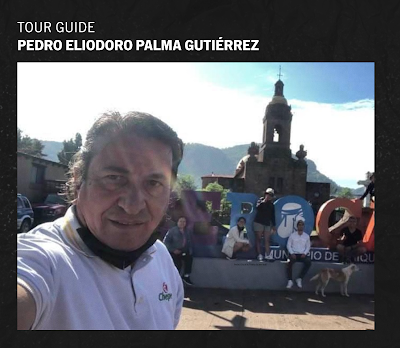 According to Reforma, Pedro Palma asked El Chueco’s group if they could be a little quieter, saying “I have tourists here, please turn down the volume.” Chueco himself came out to talk to Palma.

Palma greeted Chueco and in response Chueco asked him “What’s your problem?” and begins to fight Palma while threatening him with a gun. The attorney General said “they struggle, he takes him away, he escapes, he resorts to going into the church, and that is when things happen.”

The Attorney General emphasized that Palma was not rude, but rather that Chueco simply has “a drug problem. This is an issue of a person who is on drugs – who is violent.” He said that Chueco’s disproportionate response to Palma demonstrates “the level of addiction we have seen from the subject that we are looking for.” 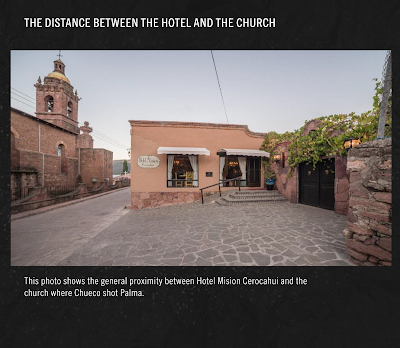 The church was less then a minutes walk away from the hotel and Chueco followed Palma inside, where he then shot Palma.

A third priest reportedly managed to talk Chueco down from his rampage, even getting him to confess and pray with him. Chueco spared the third priest but refused his request to leave the three dead bodies in the church. All three bodies were loaded in the truck and driven away.

At some point after the priests were killed, Paul’s wife and daughter were released by their captors. The Attorney General said “The woman and child were allegedly let free by El Chueco. He told them to leave and not to turn around.” The two returned to town and spoke to authorities about what they had witnessed on the day of Paul’s homicide.

On June 22, the bodies of the two Jesuit priests and the tour guide were found in the area known as “Pitorreal”, outside of the the town of Cerocahui, Chihuahua. 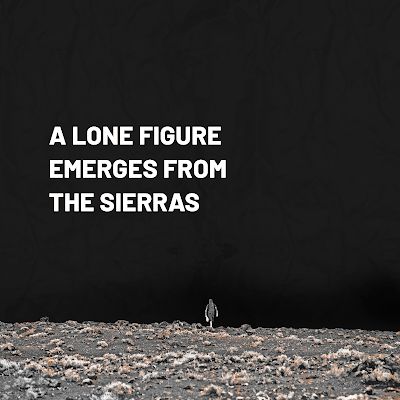 On July 4, 2022, somewhere near Choix, the long-presumed-dead Jesús Armando Berrelleza Rábago emerged, very much alive, from the Sierra Tarahumara mountains and entered a small town.

Fifteen days earlier, Armando had spotted a number of unknown vehicles parked in front of his brother’s house just as he was returning from town. The Attorney General says that at that point “Armando realizes that they were looking for him and when he sees the trucks, he flees the town and goes into the mountains.” said the Attorney General

Armando had fled into the mountains and he traveled on foot, walking from Cerocahui, in Chihuahua all the way to Choix, in the state of Sinaloa. “This young man traveled the Sierra for 15 days, hiding in very difficult terrain.”

The Attorney General said that once Armando reached the town, “he took a phone and dialed his father,” who shortly after informed the Army about what had happened to Armando and where he was located. Soldiers were sent to find and transport Armando, who gave statements about what he had witnessed to investigators. Armando is now considered a protected witness by the state. 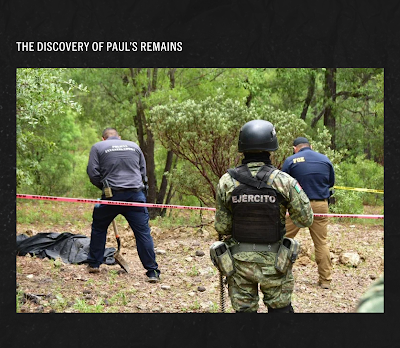 One of the eleven detainees that investigators nabbed during their manhunt for El Chueco, covered in more detail here, told investigators during an interrogation that he knew where Paul’s body had been buried.

The detainee said that Chueco’s group had taken the body to a specific property in a region known as “Cerro Colorado”, outside of the the town of Cerocahui. A search team was sent out and Paul’s remains were found, partially buried at the location the detainee spoke of on July 7, 2022. 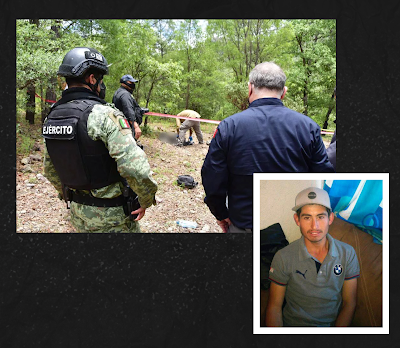 When the Attorney General was asked if El Chueco was involved in burying Paul’s body, he said “I cannot tell you if he buried him himself, what I can tell you is that he was buried; we are investigating to determine who did it”. Paul was later buried in a ceremony led by Jesuit priests.

When asked about whether they are close to arresting El Chueco, the Attorney General only said that search operations will continue in the Sierra Tarahumara until they find him.

Eric Adams must focus on promise of cracking down on crime, not migrants