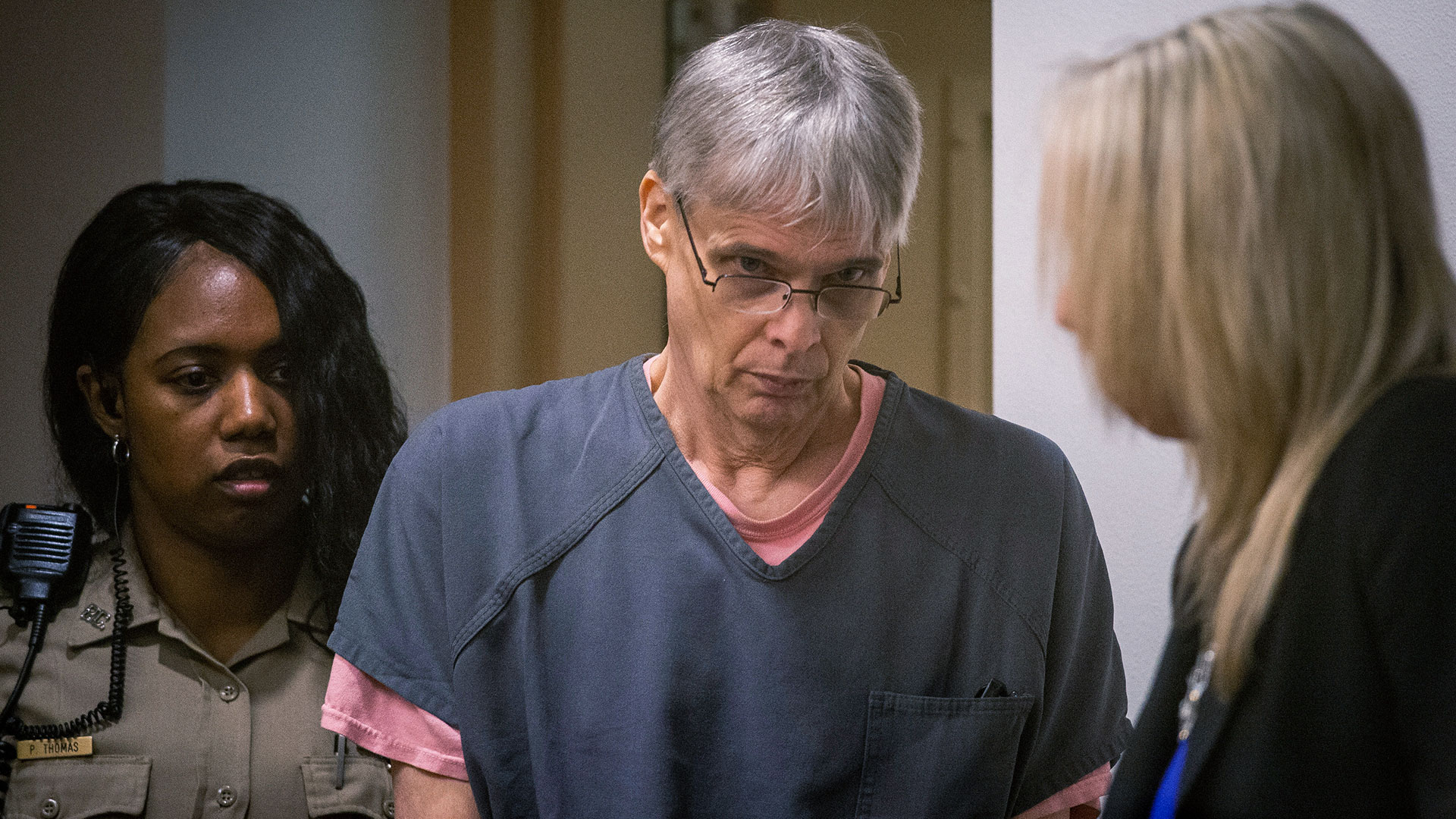 On August 4, 1986, Jennifer Bastian didn’t come home from a bicycle ride through Point Defiance Park in Tacoma, Washington. An initial search failed to find any trace of the 13-year-old girl. About three weeks later, police found Bastian’s body following a 911 call from a jogger who had reported a foul odor coming from a densely wooded area of the park.

Bastian had been sexually assaulted and strangled to death. Homicide investigators believed she was killed by the same person responsible for the murder of another teen girl months before. On March 26, 1986, Michella Welch had gone missing and her body was discovered in Tacoma’s Puget Park. The 12-year-old was beaten and sexually assaulted. She died from a cut on her neck.

Investigators initially identified a possible suspect for both murders, but dropped that theory after police re-analyzed the swimsuit Bastian wore the day she disappeared. The crime lab found traces of male DNA that was different from male DNA found at the Welch crime scene. Both cases then went cold for nearly four decades.

Eventually, with the assistance of the FBI and a genealogist, Tacoma Police Department Detective Lindsey Wade narrowed down the list of suspects in Bastian’s case. In May 2018, a month after Wade retired, police arrested and charged Robert Dwane Washburn with killing Bastian. A Eureka, Illinois resident who lived in Tacoma around the time of both murders, Washburn was on Wade’s suspect list because he had called in a tip in the Welch case shortly after she disappeared.

A year earlier, Washburn had voluntarily provided investigators with his DNA, which matched the sample found on Bastian’s swimsuit. He pleaded guilty to first degree murder and was sentenced to 27 years in prison in 2019. In March 2022, Welch’s killer Gary Hartman was sentenced to more than 26 years in prison after he pleaded guilty to raping and murdering the 12-year-old. Genealogy and DNA samples also helped police crack Welch’s cold case.

Bastian’s case was the subject of an episode of A&E’s Cold Case Files that aired on September 24, 2022. [Stream the episode now in the A&E app.]

A&E True Crime spoke with Wade, who spent nine years of her 21-year career with the Tacoma PD investigating cold cases, about Bastian.

Why did the case of Jennifer Bastian resonate with you?
It was a case that I remembered as a child. It was an unsolved case that haunted the whole community. She was a couple of years older than me, so it was something I always

remembered. It was sort of a mystery that was hanging out there. So I was certainly interested when I became a detective.

Do you remember what went through your mind as a kid when you first heard about Jennifer’s kidnapping and then her murder?
For me and a lot of my friends, it was the first time we realized there were really bad people in the world. It certainly would be on my mind if I was walking to school by myself.

There was one particular route to my school where there was a wooded area. I would walk to the other side of the street because I was thinking some guy could jump out of the bushes and grab me.

[Stream episodes of Cold Case Files in the A&E App.]

The case goes cold in 1987. What revived it when you were a homicide detective?
The police department really didn’t have the resources to work on cold cases until 2009 when our department finally created a cold case unit. We had over 200 unsolved murder cases and long-term missing persons cases at that point.

With Jennifer’s case, we had a ton of information but nothing pointing us in the right direction. There were hundreds of tips and a lot of people to check into.

In 2012, you got a hit on male DNA on Jennifer’s swimsuit, but police didn’t release the new information until 2016. Can you explain why?
It was great news initially because we finally had DNA. However, the DNA didn’t match anybody in the national DNA database. It was sort of another dead end. This was before [genetic] genealogy.

Fast forward to 2015 and I take over as lead cold case detective. One of the things I did early on was connect with Dr. Colleen Fitzpatrick, a forensic genealogist.

She was able to provide me with a list of last names of potential suspects based on the DNA on Jennifer’s swimsuit, [which included] Washburn. I found one person in the case file with the last name Washburn. He had called in a tip on Michella Welch’s case several months before Jennifer was even killed. But he didn’t have any criminal history. I added him to my list of suspects I wanted to collect DNA from simply because he had that last name.

Once we came up with this list in 2016, it coincided with the 30-year anniversary of Jennifer’s and Michella’s murders, so we released this new information to the media.

How did you feel when you found out it wasn’t the same person who killed both teens?
It was shocking, unbelievable to have two crimes that were so similar with similar victims and similar locations within four-and-a-half months of each other and within a mile and a half of each other. We thought, ‘It’s gotta be the same guy.’

There were some setbacks like finding out you were tracking two different killers. Can you tell me your thought process dealing with these setbacks?
It just seemed hopeless for a lot of days. We would send in batches of DNA samples from people we had collected voluntary samples from. They were good suspects, and then they would get eliminated one by one.

In 2018, about a month after you retired from the Tacoma PD, you got the call about the Washburn DNA match. How did you react at that moment?
I was sitting at my kitchen table and I got a call from the detective who replaced me in the cold case unit. It took me a few seconds to compose myself and even choke out the words, ‘Who is it? What is the name?’

He told me it was Robert Washburn. [In that moment] I was second guessing myself for retiring; that I should have held on a little longer.

When I left, 18 samples were sitting at the crime lab that hadn’t been processed yet. I had submitted them in January of 2018. I retired in April. I had no hope at all that any of those 18 samples would produce a match. [Washburn] was in that last batch. [Editor’s note: Investigators had located Washburn, who was living in Eureka, Illinois at the time. The FBI went to him, asked for a DNA swab and Washburn provided it without hesitation.]

What was it like to tell Jennifer’s mom and sister that you got the guy who killed her?
It was the best day of my career. As soon as we got notified that he was in custody, I drove to [Jennifer’s mother] Pattie Bastian’s house. She knew when she saw me standing outside her door why I was there. It was super emotional. We hugged and then she called her daughter, Jennifer’s sister, Theresa. That day was kind of a whirlwind.

How does it feel to know that the Jennifer Bastian and Michella Welch cases are solved?
I think a black cloud has been lifted in Tacoma. The murders became urban legends because it was just so horrific what was done to those girls. I think a lot of people were affected by both of those cases.

Unraveling the Mystery Around the 1959 Murder of Young Candy Rogers