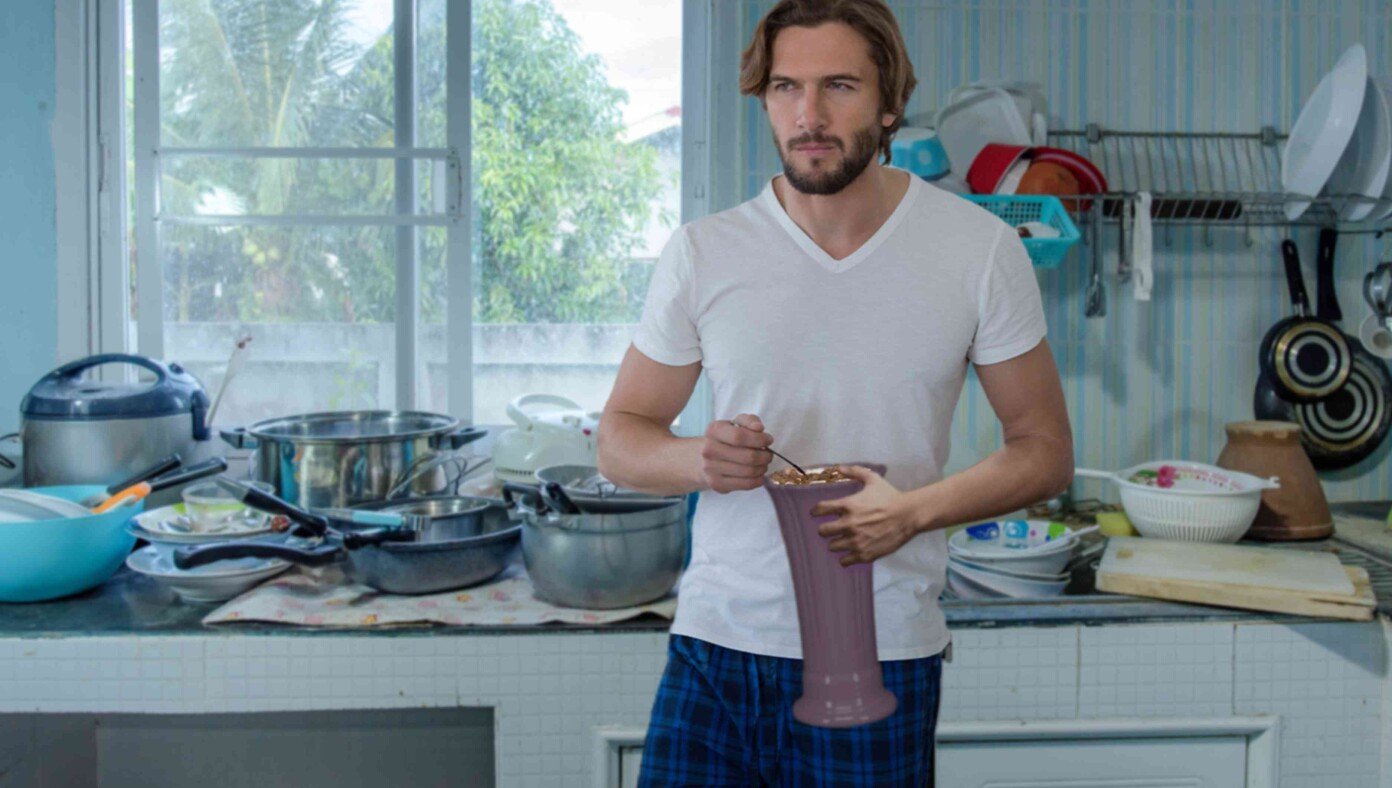 MONTGOMERY, AL — Local man Alex Gleitz began wondering today if he ought to perhaps do the dishes, having found himself eating Honey Nut Cheerios out of a flower vase.

Although typically a fairly well-functioning adult, Mr. Gleitz’s wife had gone out of town for a week-long mission trip. “I couldn’t get that much time off from work, but I told her it would be fine. It’s not fine,” said Mr. Gleitz as he rummaged through the floor in search of clean underwear. “I got through the first few days ok, but then I started running low on groceries. I’ve only eaten peanut butter and cereal for the past three days, so pretty quickly used up all the bowls, mixing bowls, and coffee cups. It’s getting pretty dicey.”

Having decided against eating cereal out of a rubber boot, inspiration struck when Mr. Gleitz saw the vase of dead flowers on the counter. He has also come up with the ingenious idea to wear t-shirts inside-out and then backwards, affording each shirt up to four uses. “Yeah, I’m worried about him,” said friend Kevin Roshak. “I think he’s already returned to a pre-verbal state, he just kind of grunts on the phone. And when I did see him yesterday, all of his clothes were inside out and he said he was shopping for flower vases. His wife really needs to come home.”

Sources report that upon her return, Mrs. Gleitz declared the house a “lost cause” and was forced to burn it to the ground.

We’ve obtained an exclusive scene from an upcoming episode of The Rings of Power: